LESSON 2: EXPRESSING WORSHIP THROUGH MUSIC
MAIN IDEA: God created music and musicians to precede and proclaim His presence, His power, and His Word; and to prepare His people to receive Him.

Worship is often expressed through a song. In fact, music and musicians were created for worship. In 1 and 2 Chronicles, we are given a clear picture of God’s plan for musicians in corporate worship. Whether or not you are a musician, it is important for you as a worshiper to understand how God desires to use singers, musicians, and worship leaders in the local church.

Musicians in the House of the Lord
In the Old Testament, God set aside 38,000 Levites for His service in the temple. Their duties were numerous and ranged from ministering to the people and taking offerings to judging and making decisions when there were controversies (see 1 Chron. 23–26).

Prior to the building of the temple, when the Ark of the Covenant — the resident place of God’s power, presence, and Word — was brought from the house of Obed-edom to the tabernacle in Jerusalem, King David commanded the chiefs of the Levites to appoint their kindred as musicians. Since these musical Levites were selected by their peers, talent and skill certainly must have been a consideration. I like to think of this group as the first church music department! It was at that time that the musician’s role was clearly defined:

As the musicians led the procession, the purpose for which they were created was revealed:
• God created music and musicians to precede and proclaim His presence, His power, and His Word; and to prepare His people to receive Him. Shortly thereafter, King David created the first church music department when he stationed the singers and musicians around the Ark of the Covenant: David appointed some of the Levites to be ministers before the ark of the LORD, to celebrate the LORD God of Israel, and to give thanks and praise to Him. 1 Chronicles 16:4. In so doing, the rest of God’s purpose for musicians was revealed:
• God created music and musicians to lead His people as they celebrate, thank, and praise the Lord. God did not create and appoint musicians to worship for the people but to lead the people as they worshiped! God wasn’t interested in a worship experience for the people to sit back and enjoy. He set the musicians in place to lead the people in their own expression of worship.

Musicians Lead the People’s Expression of Worship
The same process of worship was repeated at the dedication of the temple under King Solomon. However, this time, as the musicians fulfilled their purpose in preceding the power, presence, and Word of God, the presence of the Lord fell on the people in such might that the whole service was disrupted:

The trumpeters and singers joined together to praise and thank the LORD with one voice. They raised their voices, accompanied by trumpets, cymbals, and musical instruments, in praise to the LORD: For He is good; His faithful love endures forever; the temple, the LORD’s temple, was filled with a cloud. And because of the cloud, the priests were not able to continue ministering, for the glory of the LORD filled God’s temple. 2 Chronicles 5:13-14

The singers and musicians were one — harmonically and spiritually — and the King of kings responded with His presence! Now that’s what I want to see in our worship assemblies, don’t you?

Music is a great gift from God. Music and musicians serve a crucial purpose in our worship expression. In this era of recorded music and digital transmission through radio, television, cell phones, iPods, and computers, we have access to great worship music that can lead us into God’s presence throughout each day. Those recordings are often the work of musicians who are fulfilling their purpose in leading each of us into worship, praise, and celebration.

So, sing along, and sing loud! Proclaim God’s love, goodness, greatness, and imminent return. Don’t allow the stones or even the finest musicians to worship for you! God created you for worship, and He loves to hear your unique expression of praise.

Let’s review what we’ve just learned:
• Of the 38,000 Levites appointed in 1 Chronicles, how many were musicians?
• Talent and skill — which must be continually developed by even the best musicians — were important in the selection of the musical Levites, but as we learned in the last lesson, God looks not at the outward form of worship but at the condition of the worshiper’s ________________.
• Do you think God has a different standard for talented musicians on the platform during the worship service?

I hope you have been utilizing worship music throughout our study together. I know from personal experience that playing worship music, even on days that I don’t feel like worshiping, leads me into God’s presence. As you have opportunity to listen, be sure to join the musicians and raise your voice of worship. 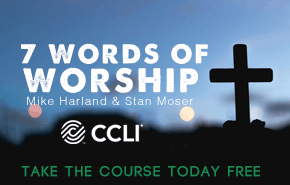